Posted by AIA Central Oklahoma on Jan 28, 2016 in Uncategorized | No Comments 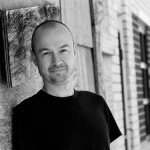 The phenomenal transformation that has occurred in Oklahoma City in the early 21st century is a direct result of Butzer’s work. He has imbedded himself in public boards and commissions and on committees that have charted a vision for the metropolis. His track record of award winning designs of the highest caliber crafted through participatory design processes is no small feat. Leading an engaged community design processes requires patience, stellar listening skills, and the maturity of an experienced diplomat to negotiate community politics, which Butzer has masterfully demonstrated.

Butzer’s impact on Oklahoma City is profound, having designed the Oklahoma City National Memorial, and other landmark projects in his city like the Oklahoma City Skydance Bridge. Butzer is a gifted and accomplished architect who has built his career in Oklahoma City by dedicating himself to improving the built landscape and enriching the fundamental civic dignity of the city. He is a true citizen architect: a practitioner and educator that demonstrates throughout his work that architecture can enhance communities and cities.

About The American Institute of Architects Founded in 1857, the American Institute of Architects consistently works to create more valuable, healthy, secure, and sustainable buildings, neighborhoods, and communities. Through nearly 300 state and local chapters, the AIA advocates for public policies that promote economic vitality and public wellbeing. Members adhere to a code of ethics and conduct to ensure the highest professional standards. The AIA provides members with tools and resources to assist them in their careers and business as well as engaging civic and government leaders and the public to find solutions to pressing issues facing our communities, institutions, nation and world. Visit www.aia.org.